Home What to do when your dog breaks its nails?
Featured 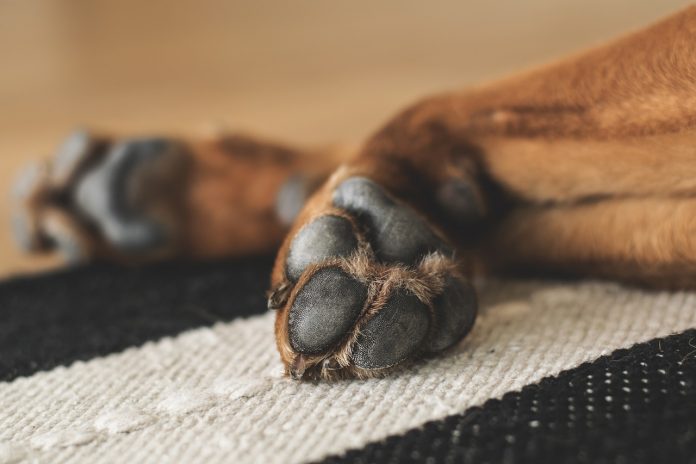 Breaking or bleeding toenails in dogs is a severe and widespread problem. We all know how much pain we feel when our nail is chipped, torn out, and broken. The same is the case with dogs. The tearing out of just one nail can bring the bravest dog to its knees. Dogs may tear their complete nail, or only a tiny part of it is removed from the nail while the remaining portion is not removed. It can even start bleeding or swelling. No matter what’s the case, this slight injury can cause much pain.

Structure of the nail:

Which dog nails are more susceptible to tearing?

The “dew claws” are the upper nails in the front of the foot that is more prone to tearing and wearing because these are loosely attached to the claw.

Large nails are more susceptible to breakage during running on hard surfaces like concrete, rocks, and asphalt. Instead, nails can easily get stuck in different things at home and while walking on the grass.

How can the dog break its nails?

One of the main reasons for the breakage of nails in dogs is nail clipping. Only a tiny jerk by your dog while trimming its nails can cause its nail to break and tear. So, you should handle your dog very closely while clipping its nails. If your dog yanks suddenly during nail clipping, that might signify that your dog’s nail is chipped or ripped out entirely or partially.

Instead, long nails can quickly get stuck in carpets, grass, and upholstery fibers, thus causing injury to nails.

How can you help your dog if it breaks its nail?

Removing the remaining piece of nail

The tearing nail mostly causes toe bleeding if it occurs at quick. So, you can stop bleeding by

Styptic pencil and applying powder at the injury site, and hopefully, it will stop bleeding very soon.

A quick and easy home remedy to stop bleeding is applying flour or corn starch to the infected area. Press the toe carefully with a towel.

Clean the wound and disinfect the injury with a pet antiseptic to relieve the pain.

It’s quite a tricky task; you should consult your veterinarian for this job.

Nail breakage is a very painful experience for the dogs that dogs mostly face in their life. It’s better to keep their nails short and let them play on a rough surface. It will automatically wear its nail, thus decreasing the chance of long nails and nail tearing.

When you need cash fast, a same-day cash advance loan can be a lifesaver. But with so many companies out there offering...
Read more
Featured

Instagram is one of the most talked-about apps of today and many people around the world use this app. Although it has...
Read more