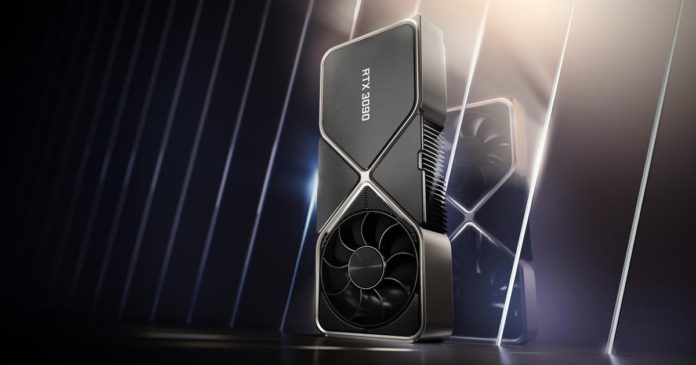 Typically, a GPU is classified into dedicated or integrated. Dedicated graphics cards are more likely to be called video cards as they’re separate components that you can attach or remove. Integrated graphics, on the other hand, comes embedded on the motherboard. Before we discuss specific types of GPUs for gaming, cloud, workstation, AI, automation, etc., let’s clear what’s a dedicated GPU vis-à-vis an integrated one.

A GPU needs volatile memory to store information. Think of it as the place where all the “intermedia” data get stored so that they can be easily acquired and used while rendering a game’s frame.

All objects, their states and positions, all patterns, textures, etc. that should be on the current screen/frame are stored in the volatile memory. As and when needed, the GPU acquires these pieces of information and renders a frame.

Integrated GPUs make use of the system RAM for this. They take up a portion of the system RAM and use it as the storage of volatile data. This makes less RAM available for rest of things (all processes, apps, services require RAM to run).

On the other hand, dedicated GPUs come with their own volatile storage called “VRAM”. As a result, more data can be stored for the render without impacting anything else. And as the VRAM is a part of the GPU and literally placed inside the video card, storing and taking data to and from this component is faster.

Therefore, a dedicated GPU gives a much better performance.

Although you don’t necessarily need a GPU for gaming (read Spearblade’s article: Is a gaming PC needed to play games?), you need one to run AAA titles and modern games with high settings. Why? Because the more lifelikeness and realism of these games (and its components such as textures, models, meshes, effects, etc.) requires a high amount of graphics processing power.

Nvidia and AMD are, as usual, the big names in the gaming GPU industry. Intel is also launching its own gaming GPUs dubbed “Intel Xe”.

Some examples of gaming GPUs:

Cloud gaming has become very popular in the 2010s. Using cloud gaming technologies (like AMD’s RapidFire), companies can effectively build games that directly stream high-quality gaming experience to any device. In cloud gaming, a user is playing a game remotely from a cloud/remote server.

Cloud gaming GPUs make it easier to make faster games for remote gaming and streaming as compared to a traditional GPU which sits on the computer system and runs the game files stored locally on a drive connected to the same system.

Some examples of cloud gaming GPUs:

The entire point of a cloud gaming GPU is to optimize latency, frame quality, and performance. And not only games utilize cloud gaming GPUs. In fact, on a more general note, these can be simply called cloud GPUs and are actively used for a number of other purposes including graphics, 3D applications, and other business applications that have a direct cloud access and require GPU acceleration.

Require a lot of GPU prowess. While a game prioritizes the quality of lifelike objects and realistic effects, the priority in professional work is actually how much data can be stored, manipulated, and exported at the same time.

For that reason, a workstation GPU is more likely to have software-specific compatibility and drivers, larger VRAMs, bigger sizes, etc. while being comparable to a gaming GPU in terms of performance and render quality.

Some examples of workstation GPUs:

A more niche requirement is a combination of cloud and workstation. When the same type of performance and quality that a workstation process needs (from a GPU) has to be accessed remotely from a cloud server, a workstation or cloud gaming GPU is not good enough.

For that, we have more specialized GPUs that can be called “cloud workstation GPUs”. The examples would be the Nvidia Tesla and AMD FireStream. This is supercomputer stuff where stream processing, technical computing, scientific engineering, etc. are usually the high priority tasks. Though these GPUs are also important for a lot of other more general purposes within a supercomputer, remote workstation, or cluster.

These GPUs are what we can also call “accelerators” as they allow existing AI frameworks to work faster, better, and more effectively.

Other types of GPUs

Nvidia’s Drive is a GPU that’s optimized for driverless cards, while the AMD EPYC is a business-grade processor for high performance computing. Essentially, there are many types of GPUs because different industries have different types of compatibility and optimization priorities.

Apart from the industries mentioned throughout the article, many more industries like database and analytics, HCI, virtualization, data centers, healthcare and medical research, telecommunications, etc. require GPU support for faster and more accurate work. And chances are, there’s a well-optimized GPU from either Nvidia or AMD just for that industry. For example,

see Nvidia’s page “Transforming industries with AI computing” to get a glimpse of what types of GPUs are possible.

Rajesh Jathttp://thewebend.com
"Be Human, Love Nature" I am a SEO Professional from India.
RELATED ARTICLES
Blogging

GSA is a software that allows you to easily build links to your website. It is a simple and easy to use...
Read more
Technology