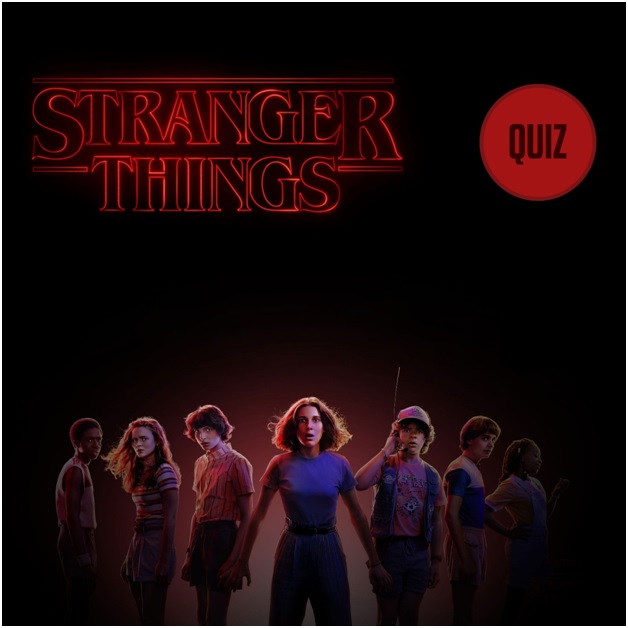 Stranger things premiered in 2016 and it was everything we have expected from a series. The show has 3 seasons so far, but we are eagerly waiting for the 4th to be released, but it seems that we will have to wait a little bit more. To help you prepare for the next season we have created this quiz, you will see which character you are most similar to.

The enemies and horrors of the show have intensified over the seasons. Little by little, we have seen the discovery of a new dimension, more and more people with super-powers, and horrifying creatures, more and more powerful each time. We have come to the point in which heroes must face the greatest evil on earth in order to eliminate it once and for all.

This is really a dangerous world where you may at any moment be struck from the Upside Down. So far, the big chartered had managed to stand firm against the enemies. But certain deaths have been inevitable. Will they be able to succeed in the coming battle? Only time is going to tell.

The Risks of Stranger Things

Like the favorite game of the Young Heroes of Stranger Things is full of risks. Both human and beast nature. You’ve got to be very patient and resourceful to stay alive in this world. And be incredibly fortunate to be victorious.

This movie kept our attention thought out every episode and we were on the edge of our seats because the dangers were lurking from everywhere. But our heroes managed to navigate successfully and defeat for now some of the monsters that appeared in the show.

In this quiz, we will test your personality and you will see in which spectrum do you fall to. We have the Demogorgon which everyone fears and he also appears to be living in the Upside Down. As an option, there is also Eleven which is an introverted character afraid to make contact with others, but the other kids make her feels special. She also learns quickly and can be brave when is needed the most.

Next is officer Jim Hopper who is a lazy character and at times can be cynical but we think that’s because of his job. He cares for the one he loves and he is also fighting for justice. And last we have Steve who is a curious teenager he is a caring person and helps the people in the town.

The Upside Down is a world of monsters. We’ve just seen a couple of them. There are sure to be more lurking around and attempting to find their way to our reality. The few that we know about are:

With all these dangers in mind, do you believe that you will survive this miniature apocalypse in Hawkins? Battle the monsters and stay alive?

Are you keen to go on an adventure?

Pass through this quiz which is one of the most terrifying quizzes of Stranger Things and learn about your place in this dangerous universe. Ready or not, you are in the middle of the escalating battle between heroes and evil creatures.

Think of your choices and try to stay healthy.

Rajesh Jathttp://thewebend.com
"Be Human, Love Nature" I am a SEO Professional from India.
RELATED ARTICLES
Entertainment