International Yoga Day 2022 to be Celebrated in Over 192 Countries 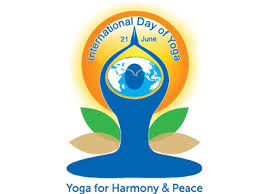 Yoga, the most enthusiastic and holistic approach towards keeping yourself fit will be celebrated in over 192 countries on June 21. This is one of the biggest known events that the Indian government is actually applied for, and hence this could easily make its way into the Guinness Book of World Records. The International Yoga Day has been declared on the June 21, making it a day that most of the Indians would be proud of.

INTERNATIONAL YOGA DAY WOULD BE CELEBRATED ON 21 JUNE 2022

It is in this particular date that India has been deciding to celebrate this grand scale of events after at least 177 nations have been able to co-sponsor the proposal of the Prime Minister of India, Narendra Modi, so as to observe the International Yoga Day 2022. This was held in the UN Gen assembly in the year of 2014, in the month of September. This particular proposal was passed with exactly 75 days in December, with not a single member country of the UN opposing it. This should end up creating a record of sorts; thereby create a one-off event in favor of India.

Except in Yemen, where the Indian embassy was shut down due to the war, each and every other country which contains the Indian Embassy will be celebrating the National Yoga Day 2022. Although, the trainer was supposed to reach Pakistan, but since the Visa was not sanctioned, it is the officials in the already present Indian Embassy that will be able to take on the task of displaying Yoga on that particular date. Internal arrangements were made, and Yoga will be performed in the embassy compound, according to the Minister for external affairs in the government of India.

There have been claims that most of the people may not be able to subject themselves to celebrating International Yoga day. However, this is subjected to a lot of hogwash, as the government of India has never forced anyone to undertake this particular spiritual experience. It is not mandatory, rather something that is voluntary and done by most of the people from across the world.

International Yoga Day celebrated on June 21 is definitely going to be a grand event, and most of the people are looking forward to this particular event. Out of the total 177 countries that have been provided the cosponsor ship, at least 47 countries belong to the Islamic nations. So, there is absolutely no agenda for the Hinduism to travel its way into those countries, or for the fact that they would be releasing such a pattern of keeping themselves fit; only based upon a spiritual existence.

There is a huge scale celebration that is to be taking place in that particular day, and even the Prime Minister of India is looking forward to getting the International Yoga Day planner out, and ensuring that he would be able to attend the event. This is definitely going to be a wonderful proposition for most of the people that have been into Yoga for a long period of time, and are willing to help it gain the worldwide recognition that it deserves.

Onam is not so far, it's about a month from now. Mallus have been waiting for this event, during this festive season market prices...
Read more
Load more