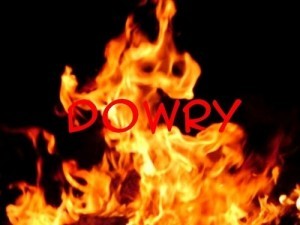 What is Dowry System :-

Marriage is a big occasion for a person and his/her family members. There are lots of dreams and ambitions associated with a marriage. All the dreams and ambitions are spoiled when a married female is slapped, beaten and abused for sake of some money and property. She is asked to come at her husband’s home with a bag full of money and some property papers.

Dowry system is the system where the family of a bridegroom demands for a huge amount of money from the side of bride’s family in the marriage. They ask girl’s parents to give motor car ,bike, bed, refrigerator, television, plot and much more in the name of their daughter’s bright future. Even after the marriage they tease girl to ask her parents for more money to give them. The property, material and money that a bride’s parents give to bridegroom’s family is considered as dowry system. This dowry system effects a lot to many people’s life after the marriage that we will discuss in remaining post.

How Dowry System is Spread in Society:-

Dowry system is spread in the society because of some greedy people and uneducated parents. A girl’s parents think that their daughter doesn’t get any kind of problem in her married life. Hence they fulfill the demands of boy’s side family members. They don’t know that by doing this they are actually increasing the greediness of bridegroom’s family members. I just hate these kind of parents who fulfill the demands of a boy’s family. 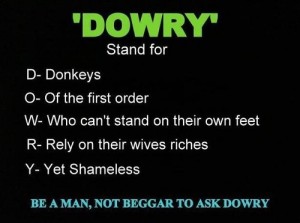 One of the reason for increasing dowry system in india is that people are not aware about the laws for female’s security and protection. Dowry prohibition act is also made by indian government to stop this system. Eventually I support a girl not to marry with the guy who doesn’t want her but only he is interested in the money and property.

Worst causes of dowry system come regularly in india. The impact of dowry system not only causes to the living beings but also harmful for the unborn baby. Many times it is noticed that a married woman is abused and beaten for the money. She is teased by her husband, father-in-law, mother-in-law, sister- in-law and other family members.

We can find some normal heading in news papers like “Woman suicides due to abuse and tease from mother-in-law”, “Mother-in-law burn her daughter-in-law for dowry” and much more. The majority of indian people will agree that girls are not safe even after their marriage. Dowry system effects a lot in the social life of a person. If a family is caught fordemanding dowry then ashamed is spread over the society. 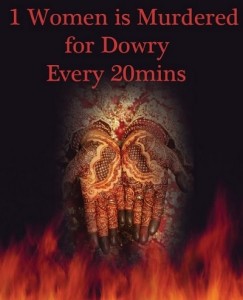 Bad causes of dowry system some times effects to a pregnant woman too. Greedy people doesn’t even care about the health of pregnant girl and they say her to ask her parents to give more money to them for the upcoming child. Their greediness sometime cause the unborn baby and the baby losses its life. They even beat her for money. This kind of rubbish and rascal people in society are like forest animals.

How to Stop Dowry System:-

To stop dowry system firstly we need to change our thinking and views. We should think that if other parents are giving their daughter to us, we should take care of her. For money we should not tease the girl. We need to take this thing on ourselves that if our daughter, sister is going to marry with someone and boy’s family tease her a lot only for money or property, how bad we will feel that time. So we should think about this.

Government should also make strict laws against this bad dowry system because causes of dowry system making nation’s reputation down. Now days girl’s abusing going on higher rank in india, hence govt. should think about this.

Money needs are never fulfilled from other’s money, it can be fulfilled by our work and money. So don’t demand for money in marriage, just ask her the girl to come with lots of bless and happiness. And our indian methodology says girl is the form of goddess lakshmi, so don’t demand for physical lakshmi just ask for real lakshmi.