Artist Kwiya, Sets the Bar High With His Passion 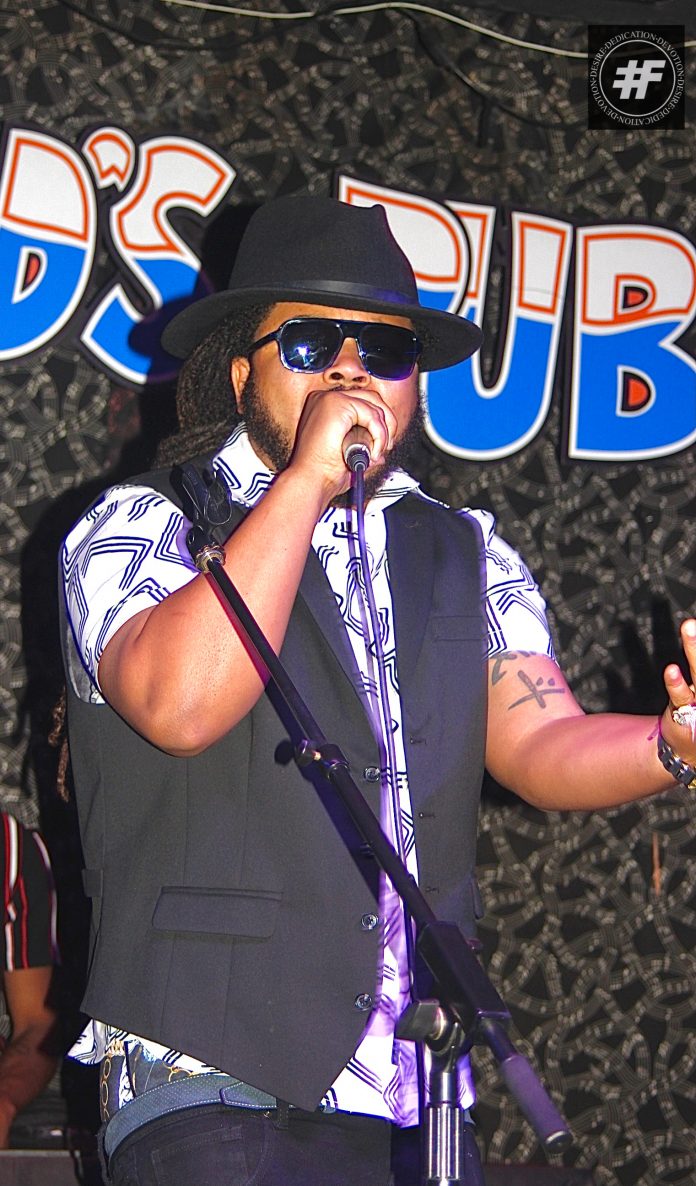 Kwiya is a musical artist from Oklahoma City and now resides in Dallas, Texas. He stays devoted and works hard on his craft. To become more serious and dedicated to his work and proving others wrong remains a goal for Kwiya and he is on the right track to doing so. Having versatility, being able to touch different genres, being a music producer, and a writer, Kwiya has been well-rounded and refuses to give up even when things don’t go as planned. He wants to keep moving forward and use his music to do good things. Recently, he was seen at two shows in downtown Dallas, performing on stage.

Kwiya understands the importance of being faithful and steadfast on his journey and remains successful through his endeavors. Because of the COVID-19 outbreak, a large number of large-scale events, such as concerts and festivals, were prohibited in the year 2021. This was due to the limits imposed by both the city and the federal government on the movement of people. Therefore, the number of opportunities for artists to demonstrate their abilities was drastically reduced.

As a musical artist, in 2022, Kwiya is now currently concentrating on expanding upon his already solid base and making it even stronger. “ Right now I’m finishing up old songs, working on new, and also doing song commercials for a couple of other up-and-coming shows and artists. Just my family, all my fans, and the fact that I don’t necessarily believe I’ve put my all into the artist area so I’m inspired by anyone hustling hard as an upcoming artist with mouths to feed and a heavy schedule.”

Where are you from?

How have you overcome struggles to be where you are now?

I had to get it out the mud, went to school at Media tech institute to learn the ins and outs of the music business and how to get paid

What piece of advice do you want others to take back from the work you display?
Not to limit yourself to what’s popular now because music changes, and being a trendsetter pays more than following the biggest current acts

What do you have coming up right now that you want others to know about?
I’ve got videos and more new songs and shows I will be doing throughout the year. I’m trying to be booked in different states by end of this year

Kwiya’s goal is to make people want to see more of him, which he has already done in the studio and on stage. By putting in the hours of work, commitment, and inspiration both in front of and behind the scenes in the year 2022, he makes a difference in the music business. He has had very important people in his life who have been an inspiration to him. “My mother raises us all by herself most times with no help. My biological dad for being a pussy and motivating me to be the best father I can be to myself 3 seeing the effects of not having a father around, my past friends for showing me that I must follow my own path and surround myself with love, and positive vibes instead of settling for hate and envy.”

Even though Kwiya is devoted to perfecting the art of his music to the highest level, his hardships have made him want to do even better in his business as well. “I’ve had to finish out contracts that didn’t benefit me, lost a lot of money but in doing so gained a lot of knowledge and to look into things deeper.”

Public Relations multimedia brand, #Focuseddd, continues to emphasize the abilities and motivations of individuals who have a strong purpose for what they do, such as Kenya.

Tags of people who were talked about: